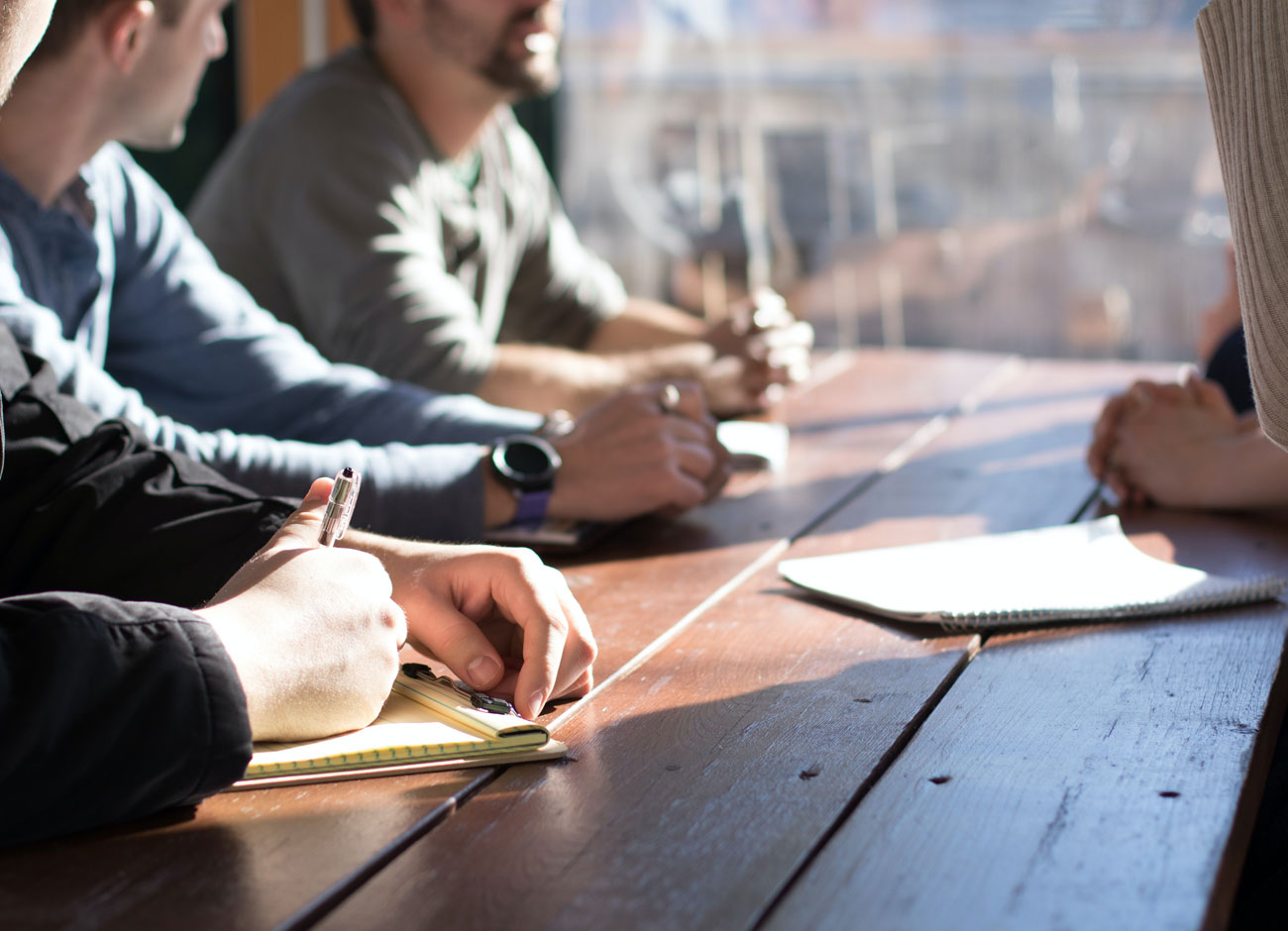 Once the Free Trade Agreement signed by the United States and other Central American Nations on 05 August 2004 and ratified by the Dominican National Congress via resolution number 357-05, dated 09 September 2005 (hereafter “DR-CAFTA” for Dominican Republic and Central America Free Trade Agreement, or “Treaty”) came into effect, a new legal schema applies to agency contracts between Dominican licensees and United States licensors.

This new legal schema radically transforms the regulatory framework of the licensor-licensee relationship foreseen by Law No. 173 on Importer Agents of Merchandise and Products, dated 06 April 1966 and its modifications, which had governed said relationship until DR-CAFTA came into effect, on the date 01 March 2007, and b) Law No. 424-06 for the implementation of said treaty, promulgated on the date 20 November 2006, modified by Law No. 493-06 of 22 December 2006.

From its beginnings, Law 173 had the purpose of granting judicial security to the Dominican licensee vis-à-vis the possibility that once the image, marks, products and services of the foreign licensor were positioned in the local market, then it would decide to unilaterally terminate the contract and exploit the distribution of its products and services in national territory on its own or by means of third parties to the detriment of the Dominican licensee and ignoring their acquired rights.

This system of legal protection for the Dominican licensee was based fundamentally on: first, the obligation of the foreign licensor to indemnify the Dominican licensee, following the compensation formulas enshrined in article 3 of Law 173, applicable in the case of unilateral termination of the contract or refusal to renew it, in both cases without just cause; and secondly, the inapplicability of the clause that “conventionally” limited the period of the life of license contracts, assimilating them into “contracts for an indefinite period” (Art. 2 Law 173). Such mechanisms and other aspects of the Law in question were invested further with the nature of a public order provision (Art. 8 Law 173), which imposed on Dominican judges the obligation of applying Law 173, even if the Dominican licensee had waived their benefits in the contract.

With the implementation and entry into effect of DR-CAFTA, in the specific case of United States licensors, the public order nature of Law 173 has been overturned, converting it to a rule of partial and supplemental application, if the contracting parties (licensor-licensee) should so expressly agree in the contract.

DR-CAFTA utilizes the term “covered contracts” (hereafter “DR/USA agency contract”) to refer to “a license contract … to which a provider of merchandise and services from the United States or any company controlled by said provider forms part.”[1] According to the regulation, the general principle is that the Dominican Republic will not apply Law 173 to any DR/USA agency contract which has been signed after the date DR-CAFTA entered into effect, except for an express agreement by the contracting parties to abide by the schema of said law [2]. Even, in the event that Law 173 should apply by express decision of the contracting parties, the indemnification schema it contains which, along with its public order nature, constitutes the essence of same, will be excluded.

The overturning of the public order nature of Law 173 with respect to DR/USA agency contracts, is not based on a sole or specific provision of the new regulation, but rather is derived from the whole set of provisions making it up: a) DR-CAFTA, in Chapter 11 on Trans-Border Service Transactions, attachment 11.13 on Specific Commitments, section B: Dominican Republic, paragraphs 1-5, and b) Law 424-06 on the implementation of said treaty, in articles 67-71.

In this new scenario, Law 173 is not yet applicable to DR/USA license contracts signed subsequent to the date of entry into effect of DR-CAFTA (March 01, 2007), except when the contracting parties expressly stipulate in the contract that they wish to submit to the schema of Law 173. According to the provisions of attachment 11.13 section B paragraph 1 items (a) – (g) of the Treaty, backed by article 68 and paragraph de Law 424-06, such contracts will be subject to the following provisions:

a) The principles of the Civil Code of the Dominican Republic will be applicable. That is, they will be subject to the provisions of Title III of the Civil Code, entitled “On contracts and conventional obligations in general”, which will have a supplemental nature to govern the aspects related to the interpretation, scope and nature of the obligations assumed by the parties, when they have not been explicitly defined in the contract.

b) The contractual bond between licensor-licensee is treated as an ordinary contractual relationship, based on the principle of the will of the parties (Art. 1134 of the Civil Code). Its legal governance and, consequently, its treatment by the jurisdictional agencies, is shorn of the public order nature imposed by Law 173. This implies that the terms and conditions under which the parties should decide to establish their relationship are under their full liberty and discretion. If any conflict should arise, which must be resolved by a jurisdictional agency, the conventions agreed to in the agency contract prevail and are imposed upon said agencies, with the capacity of them to intervene in the contractual relationship of the parties being limited.

c) The licensor and the licensee can freely agree to a term of specific effectiveness for their contractual relationship, upon the expiration of which they are at liberty to not renew the agency contract. When the term of expiration agreed to should be reached, either of them should refuse to renew the contract, the termination under these circumstances is considered to be based on just cause. Therefore, the party executing the unilateral termination in these circumstances (arrival of term) will not, in principle, compromise their civil liability solely by the act of termination or their refusal to renew the contract. Even in those cases in which the contract does not have a specific period of effectiveness, termination based on “just cause” is imputed when either of the parties should serve the other with a “termination notice” six months of advance notice. Obviously, this does not exclude the possibility of suing for judicial compensation against the party exercising the termination when there are causes for generating contractual civil liability, according to the general principles governing same.

d) Although the new regulation of DR-CAFTA and Law 424-06 enshrine the possibility of the parties to be able to put an end to their contractual relationship, whether by stipulation of a specific term of effectiveness, or via an notice of termination served six months in advance, this “will not prevent the parties from demanding an indemnification, when it is in order, in the form, the manner and the amount agreed to in the contract.” [3] From this provision of the Treaty it is inferred that the parties can agree in the contract to some formula for indemnity compensation (penalty clause) applicable in the event that the termination should produce a violation of that provided for in the contract. However, this has two limiting factors, namely “…a provider of merchandise or services is not required to pay damages and indemnities for terminating a contract due to just cause or for allowing for said contract to expire without renewal for a just cause.” [4]

e) In the event that the termination of a DR /USA agency contract signed subsequent to DR-CAFTA should occur, the following provisions will be applicable: “(i) if the contract contains a provision regarding an indemnification, including non-indemnification, this aspect of the contractual relationship will be governed by that which may have been agreed to in the agency contract; (ii) if the covered contract should not have said provision, any indemnification will be based on the real economic damages and not on a statutory compensation formula (as foreseen by article 3 of Law 173); (iii) the licensor will honor pending guarantees; and (iv) the licensor will compensate the distributor for the value of any inventory which the distributor cannot sell by reason of the termination or the decision to not renew the contract. The value of the inventory will include any customs duty, surcharge, transportation expenses, internal movement costs and the costs of for taking the carrying the inventory paid by the distributor.” [5]

f) The parties have the faculty of recurring to a procedure of binding arbitration to resolve the disputes that may arise between them. They further have the liberty of choosing, at their entire discretion, and to establish in the contract the mechanisms and forums they wish to turn to in the case of conflicts. This opens the possibility that the parties may attribute competence to foreign agencies to resolve disputes that may occur among them.

The provisions indicated above constitute the law currently applicable to agency contracts which are formalized by United States licensors and Dominican licensees. However, since they are not of a public order nature, the parties can renounce the benefit of same in the document sustaining the contractual relationship.